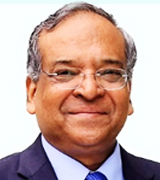 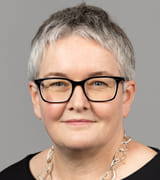 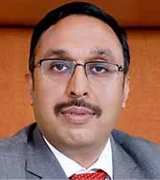 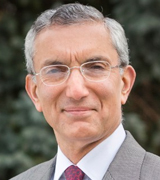 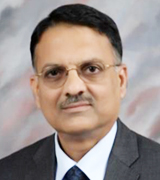 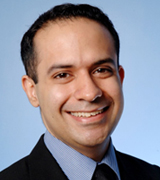 The Institute of Directors is hosting a Special Evening Session on “Risk Culture and Corporate Governance: Building a Resilient and Sustainable Future”, (in association with ACCA) on Thursday, 24th November 2022 from 1830 hrs onwards, at New Delhi.

In VUCA times (Volatility, Uncertainty, Complexity and Ambiguity) boards are constantly faced with a plethora of anticipated and unanticipated variables which run the risk of undermining a business’s market process cycle. Boardroom and the leadership have to take into consideration the various challenges and take adequate decisions to navigate their organisation, ensuring that it is immune to uncertainties and complexities posed by the situation in hand. The risk range from external issues like regulatory and compliance changes or can be something which emanates from within the organisation, which may require prompt internal soul searching to alleviate the problem.

It is in this backdrop that this Special Session will delve into the ecosystem of risk management, providing some compelling perspective on effectively managing the course of a company in ambiguous times. It is well noted that when it comes to risk in business and corporate environment, there is no one template fits all approach as challenges are relative. However, what this session aims to is to come with certain normative understanding of the whole concept of Risk Culture and Corporate Governance, which when fused with practical issue in hand has the ability to provide rich dividends. In times of continuous churn and transition, it will not be wrong to state that risk is a necessary evil of sorts, which also presents an opportunity for organisations to excel and set new benchmarks. The session will be an ideal setting for corporates, directors, and boardroom executives to assimilate some of the finer nuances of risk management and also exchange their valuable ideas the same.

Complimentary ONLY for IOD Members (Active)

Mr. Dhanendra Kumar, a former IAS officer (1968 batch, Haryana Cadre), served the Government in senior positions, at Central and State levels and in the World Bank as India’s Executive Director on the Board. Presently, he is Chairman, Committee on National Competition Policy of India. Previously, as Secretary in several key Ministries, including Defense Production, Roads and Highways and Culture, he was responsible for several major policy initiatives. His term as Additional Secretary in Ministry of Telecom coincided with explosion of cellular telephony and internet. He finally served as First Chairman of the Competition Commission of India. He also worked as India’s Resident Director in London of India Investment Centre under the Ministry of Finance to promote investments and JVs. At the State level, he served among other positions as Principal Secretary to Chief Minister and Chairman HSIDC and credited with industrial development, including Udyog Vihar and Manesar. Currently, he is also the Founder Chairman of Competition Advisory Services (I) LLP, a strategic consultancy firm in Competition Law and public policies, advising several MNCs and prominent Law firms, and active on global lecture circuit.

Ms. Helen Brand is chief executive of ACCA, the global body for professional accountants, a post she has held since 2008. Helen has built her career within professional bodies and has considerable experience and knowledge of the 178 markets in which ACCA currently operates. She is a founding member of the International Integrated Reporting Council (IIRC) and now serves as a co-Vice-Chair of the Value Reporting Foundation which was created through the merger of the IIRC and Sustainability Accounting Standards Board (SASB) in June 2021.

She is a member of the UK government’s Professional and Business Services Council, and she was appointed to the UK DIT’s Trade Advisory Group on Professional Advisory Services in August 2020. One of the few women to lead a global professional body, Helen is a regular media commentator on the role ethics and the delivery of public value play in business and society.

CA Atul Gupta has served the Accountancy Profession for more than two decades and is widely respected for his strong organisational skills and deep insight in the affairs of profession. He has vast experience in SMP Practice, specialising in Management Consultancy, Taxation especially GST, ITES, Audit. During his association with the ICAI as Council Member since 2013, he served as the President of ICAI (2020-21) and as Vice President (2019-2020). His experience at ICAI spans through education, examination, CPD, research, I&D and system development with strong focus towards IT architecture. Under his stewardship at Board of Studies, the New Scheme of Education and Training of ICAI that was benchmarked with the revised International Education Standards, was launched in 2017. Through ICAI-ARF, he is credited for the project of preparation of accrual-based financial statements of the Indian Railways (third largest Railway of world). Being thoroughly conversant with professional concerns and demands of his times, he has authored many relevant books and has published numerous articles in leading newspapers, magazines and professional newsletters, and delivered lectures in about 1500 seminars and conferences.

Mr. Gaurav Kapur is the Head of Public Affairs (India) at ACCA. His current role builds on over 17 years of his experience in knowledge based intervention and public policy through thought leadership. At ACCA he is involved in identifying areas from a policy perspective and share relevant thought leadership and professional insights to facilitate discussion which helps to shape and led the profession. He is a qualified accountant and an MBA from the Indian Institute of Foreign Trade (IIFT) where he was awarded with the prestigious Ratan Tata Scholarship for academic excellence. He was also awarded a Full scholarship to study at the Schar School of Public Policy at George Mason University (USA). Apart from this he is also a qualified Chartered Financial Analyst (CFA) and has been awarded a certificate for undertaking Leadership Program at the prestigious Harvard University.

Mr. N. G. Shankar is an audit practitioner and thought leader with an experience spanning four decades, diverse industries, sectors and professional practice. He is currently an Independent Director on the Board of Svatantra Microfin Pvt. Ltd., and recently completed a three-year term (2019-2022) as member of the Global IIA Professional Certifications Board and is now a member of the Global CIA Refresh Task Force. Previously, he has also served as a director on the Board of Global Institute of Internal Auditors (IIA) for two years and as a member of the Global IIA Audit Committee. He has also served in various IIA international committees in the last 17 years. He was Group Executive President- Corporate Audit from Aditya Birla Group (ABG), a $48 billion Indian multinational conglomerate, where he led the internal audit activity for a majority of ABG's businesses. His overall industry exposure includes chemicals, oils, pharmaceuticals, electrical engineering, retail, mining and BPO. A Chartered Accountant and Certified Internal Auditor (CIA), he has also completed the requirements for the IIA Qualification in Internal Audit Leadership (QIAL) program. Mr. Shankar has also been closely engaged with board members of companies from diverse industries and sectors. He is also the author of IOD’s Handbook for Corporate Directors and Senior Executives on ‘Internal Audit’.

Mr. Rahul Chhabra, IFS (Retd.) held the post of Secretary (Economic Relations), Ministry of External Affairs, Govt. of India until his retirement in July 2021, where among several tasks, he spearheaded India's US $ 40 billion Development Partnership Program & guided EXIM Bank policies as Board member. In this role, he coordinated India's positions in multilateral economic organizations including WTO, IBSA & ISA. Previously, He was High Commissioner to Kenya, Ambassador to Somalia and Permanent Representative to the UNEP & UN-Habitat, based in Nairobi. He was also Ambassador to Hungary and Bosnia & Herzegovina. During his stints abroad, He has served in Kenya, Hungary, China, United States, Philippines, France, Senegal and Belgium. At Headquarters, he was Joint Secretary (Central Europe). He conceived and organised the first two editions of India-Central Europe Business Forum, now a regular feature. He was instrumental in India’s foreign policy towards the Arctic and V-4 countries. He worked to promote foreign investment flows into India, as part of India’s delegation to the WEF at Davos. Later, he served as Director - External Publicity, Ministry of External Affairs and Director - Foreign Secretary’s Office. After an undergraduate degree in Economics, on the merit list, from St. Stephen’s College, Delhi University, he obtained a graduate degree in Economics, from Delhi School of Economics and MBA from IIM Calcutta, where he was placed on the Roll of Honour.

ACCA (the Association of Chartered Certified Accountants) is the global body for professional accountants with over 200,000 fully-qualified members and 500,000 students worldwide - and they're among the world's best-qualified and most highly sought-after accountants. Our mission is to be a global leader in the profession by: - Providing opportunity and open access to people of ability wherever they are in the world - Supporting and promoting the highest ethical, governance and professional standards - Advancing the public interest Founded in 1904, ACCA has consistently held unique core values: opportunity, diversity, innovation, integrity and accountability. Through our public interest remit, we promote appropriate regulation of accounting, and conduct relevant research to ensure accountancy continues to grow in reputation and influence.